Summary On the morning of November 21, Gao Lei, Deputy Director Of The Justice Bureau of Jining City, Wang Guangzhong, Head Of The Legislative Section, and Chen Chen, a member of...

On the morning of November 21, Gao Lei, Deputy Director Of The Justice Bureau of Jining City, Wang Guangzhong, Head Of The Legislative Section, and Chen Chen, a member of the record review section, visited Shandong Tiandun.Conducted a survey on the establishment of the “Regular Document and Legality Review” work contact points of the Shandong Tiandun.Mr. Qu Qing, Chairman of Shandong Tiandun, Han Yong, General Manager of the Group, Li Zhenbo and Fan Peigong, Executive Deputy General Manager of the Group.Guan Chenghui, Deputy Secretary Of The Party Committee of the group, and Huo Sen, Head Of The Group's Legal Department, accompanied the leaders. Gao Directo and his party visited the Shandong Tiandun's Intelligent Manufacturing Achievements Exhibition Hall, Intelligent Equipment Exhibition Hall, UAV R&D Center, Software Technology Center, E-commerce Company, Cross-border E-Commerce Company, etc. During the visit,Qu Chairman of the Board of Directors gave a detailed introduction to the development of Shandong Tiandun in terms of technology research and development, intelligent manufacturing, e-commerce and cross-border e-commerce.It also highlights the positive efforts made by our group in managing enterprises according to law and has been highly appraised by visiting leaders.

Over the years, Shandong Tiandun has always adhered to the principle of “governing enterprises according to law”, constantly improving the rule of law in enterprises, comprehensively implementing popularization of laws and regulations, and actively building harmonious labor relations. The Group has a Legal Department, which organizes employees to participate in a variety of legal education activities every month,  3.15 Annual Consumer Rights Protection Days, And 12.4 National Legal Publicity Days.The group will invite legal experts to hold legal knowledge training lectures for the majority of employees, increase the intensity of law-enforcement for all employees, and enhance employees' awareness of the rule of law and the rule of law. At the same time, our group also cooperates with a number of law firms, special legal consultants, continuously improve the ability of enterprises to manage enterprises according to law, effectively avoid and prevent the occurrence of commercial risks, and promote the high-quality development of the group! 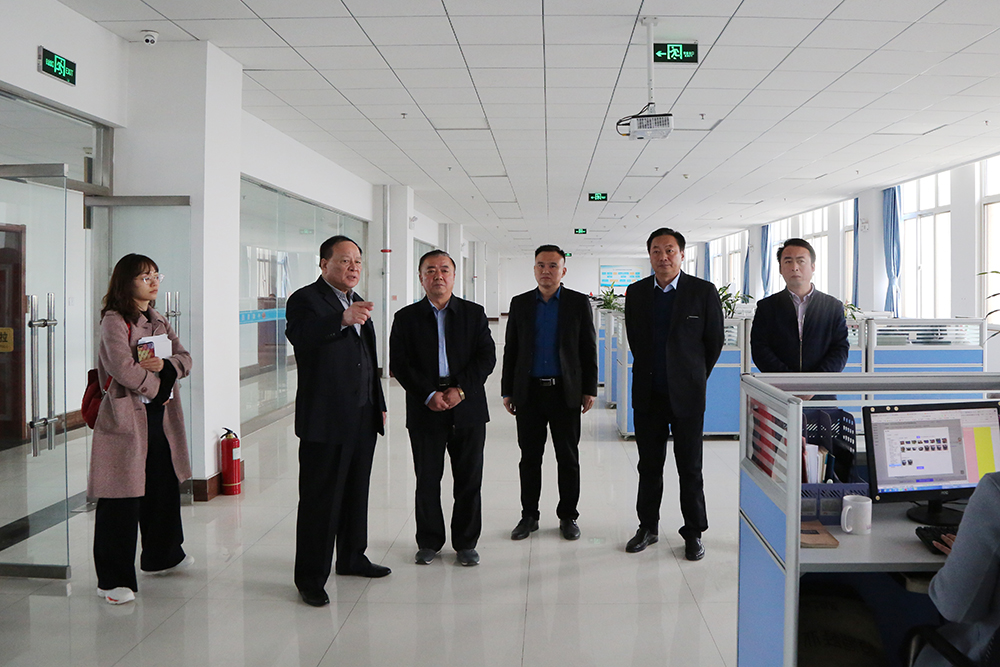 At the meeting, Director Gao fully affirmed the achievements of our group in the construction of corporate rule of law. He pointed out that the establishment of 26 "rule documents and legality review" work points in the city is to actively implement the spirit of the Party Central Committee, the Provincial Party Committee, and the Municipal Party Committee, and to ensure the public participation in the legislation. Ways and forms. The contact point work, focusing on the grassroots, the core is the connection, the purpose is to reflect the voice and appeal of the grassroots.Director Gao said that as an outstanding private enterprise in Jining City and a vice president unit of Jining City Chamber of Commerce, Shandong Tiandun is an example of Jining City's adherence to the rule of law, standardized management, and promoting the healthy and sustainable development of enterprises. It is worthy of study by enterprises. In the next step, I hope that Shandong Tiandun will improve its political position and fully understand the importance and role of establishing the grassroots contact points in accordance with the law, further enhance the sense of responsibility and mission of doing a good job, actively reflect the voices and suggestions of the grassroots, and cooperate with the administration of justice. The organs jointly carried out the legislative work and made due contributions to the legislative work of the city.
Qu Chairman of the Board said that over the years, with the strong support of the Jining Municipal Party Committee and the Municipal Government and the High-tech Zone Government, Shandong Tiandun has achieved rapid development of the company, which is inseparable from the city's adherence to the rule of law and the establishment of a good business environment.Today,  very grateful to the leaders of the Jining City Judicial Bureau for their trust and support to the Shandong Tiandun, and to take Shandong Tiandun as the contact point for the “normative documents and legality review” of the city according to law. This is the rule of law for the construction of the Shandong Tiandun. Highly certain. In the next step, we will adhere to the corporate spirit of “responsible for the country responsible to the society and responsible to the customers”, give full play to the responsibilities of the contact points, and reflect the voices and demands of the grassroots, and convey the spirit of the party and the government. Actively cooperate with the work of the judicial administrative organs, and contribute to comprehensively deepening reform and promoting "ruling the city according to law"!